Highlights of MBA with Kids

We are mothers and we can choose to live our own ways!

Japan's ratio of female managers is only 14%, by far the lowest among the G7 nations. (Japan’s gender gap index ranks 120th out of 156 countries.)
In Japan, rigid employment systems and work styles designed by men are still deeply rooted. Therefore, it is not easy for women, who tend to bear the most of child-care and housework burden, to freely pursue both their careers and their personal lives.

In order to change this situation, we are empowering women throughout Japan who are facing difficulties in pursuing both their careers and personal lives and creating female leaders who can transform organizations and society.


Real stories of two mothers empowered by MBA with Kids

(Script)  Before having children, I worked as a professional at a research company.

When I had my first child eight years after joining the company, I started working at reduced hours for taking and picking up my child from the day care and doing housework.

In an industry where quick response is required even after working hours, it is normal to work until around midnight. In order to balance work and childcare, I asked my company whether I could work remotely, but it was denied due to the operation of handling confidential information.

And I was robbed of the opportunity to take on large or responsible jobs.
I was also removed from a large client that I was originally in charge of.

My self-esteem sank to an all time low. I lost the will to keep trying.

What saved me was the group MBA with Kids that I joined during my childcare leave.

I was able to share my worries with other people who were struggling in similar circumstances.

I was inspired by my peers who were working as managers while raising their children, and who were doing what they wanted to do, and I realized that it was okay to take on what I originally wanted to do!

I wanted to challenge myself again!

It was then when I met my current company, a food manufacturer that was also one of the partner companies of MBA with Kids, and started working there.

Now, as the leader of the marketing and e-commerce departments, I am able to take on challenges with all my might, even with children! 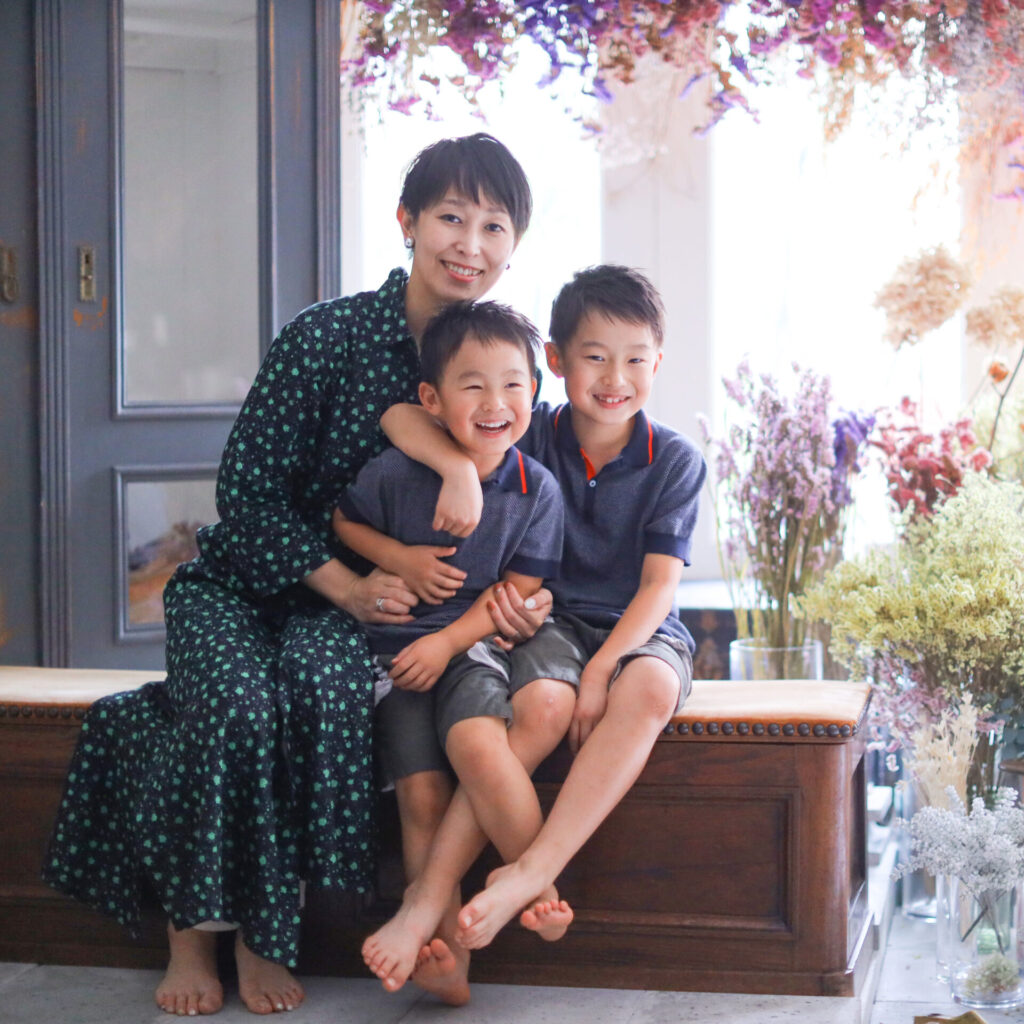 (Script)  For 11 years after graduating from university, I worked as a full time professional at a Toyota Group company.

When I returned to work after the birth of two children, I couldn’t get a promotion although I was highly valued by my coworkers.
My boss told me,

"Honestly, it is difficult to promote you while you are working short hours”.

I realized that I would not be able to move up to a higher position at this company while raising my children, so I resigned when my husband moved to a new city for a new job.

When I started looking for a new job, I was even more surprised. At every interview I was asked,

"Is your parents' house nearby?”

And when I honestly said that I had no relatives living nearby, I didn’t get the job.
Finally, I got a part-time job at a hotel front desk.  My annual income shrank to 30% from what I used to earn.

I couldn’t help but think whether I was worthless and I was depressed.

It was during this time that I joined MBA with Kids.
As I listened to lectures and engaged in discussions with other people who were also raising children, my adrenaline was pumping for the first time in a long time!
Also, through mentoring with my peers, for the first time in my life, I was able to recognize what I am good at, what I am not good at, and what I like.

I felt so much empathy for this activity that I am now running MBA with Kids as a staff member.
Here, while overseeing the course as a leader and sharing my own experiences in child-rearing and work with the members, I realized that my experiences can be useful as a role model.  I also regained my interest and motivation to work as a leader!

My dream now is to change Japan so that there will be no more people like me who have to go through the same difficulties like I did just because they are raising children.

In fact, the relative poverty rate of single-parent families in Japan is one of the worst in the developed countries. Especially in the wake of the COVID-19 pandemic, single mothers who can only work part-time have lost their jobs, making the situation even worse.

As you can see from my experience of looking for a job, one major factor for the poverty of single-parent families is the rigid work style and employment system that has been created by men, which allows them to focus only on their work, leaving child-rearing and housework to housewives.

That's why I want to create a more flexible society where child poverty does not exist and where people are professionally valued even while raising children through MBA with Kids.

Naomi and Noriko were working two hours less per day than the standard working hours. In Japan, many working mothers work a few hours shorter hours while their children are young due to the long commute, daycare pick-up time, and the heavy burden of housework and childcare that women have to bear.

Although the Japanese law requires companies to allow shortened working hours for full-time employees, some employers are reluctant to introduce this entitlement as they don’t like their employees to work shorter hours.
As a result, there are many women like Noriko who are employed part-time and not full-time.

Media coverage and other works

Not only are we approaching women, but we are also approaching the men who are our partners. And we are also collaborating with local businesses and other organizations to carry out various activities.

In 2021, we have registered May 20th as "With Children Day" as an anniversary in Japan, and held events and other activities with the support of a local bank, companies, and local government, with the aim of creating a society rich in diversity.

As a separate project, we are also beginning to work with a local recruiting company to conduct research on working styles and the promotion of women in companies.

MBA with Kids program has been featured in a number of media, including national newspapers and television.
Examples of media coverage:  Nihon Keizai  (Nikkei) newspaper, Sankei newspaper, Yomiuri newspaper, Kyoto newspaper, TV Osaka and so on.

TEDxTalks by our representative

Our representative director, Miho Akasaka, gave a speech at TEDxTalks, sharing the story of the launch of MBA with Kids.

Through the experience of "Knowing", "Doing" and "Being" together with their peers, women raising children can develop the skills and change the mindset necessary to become leaders who can change organizations and society. 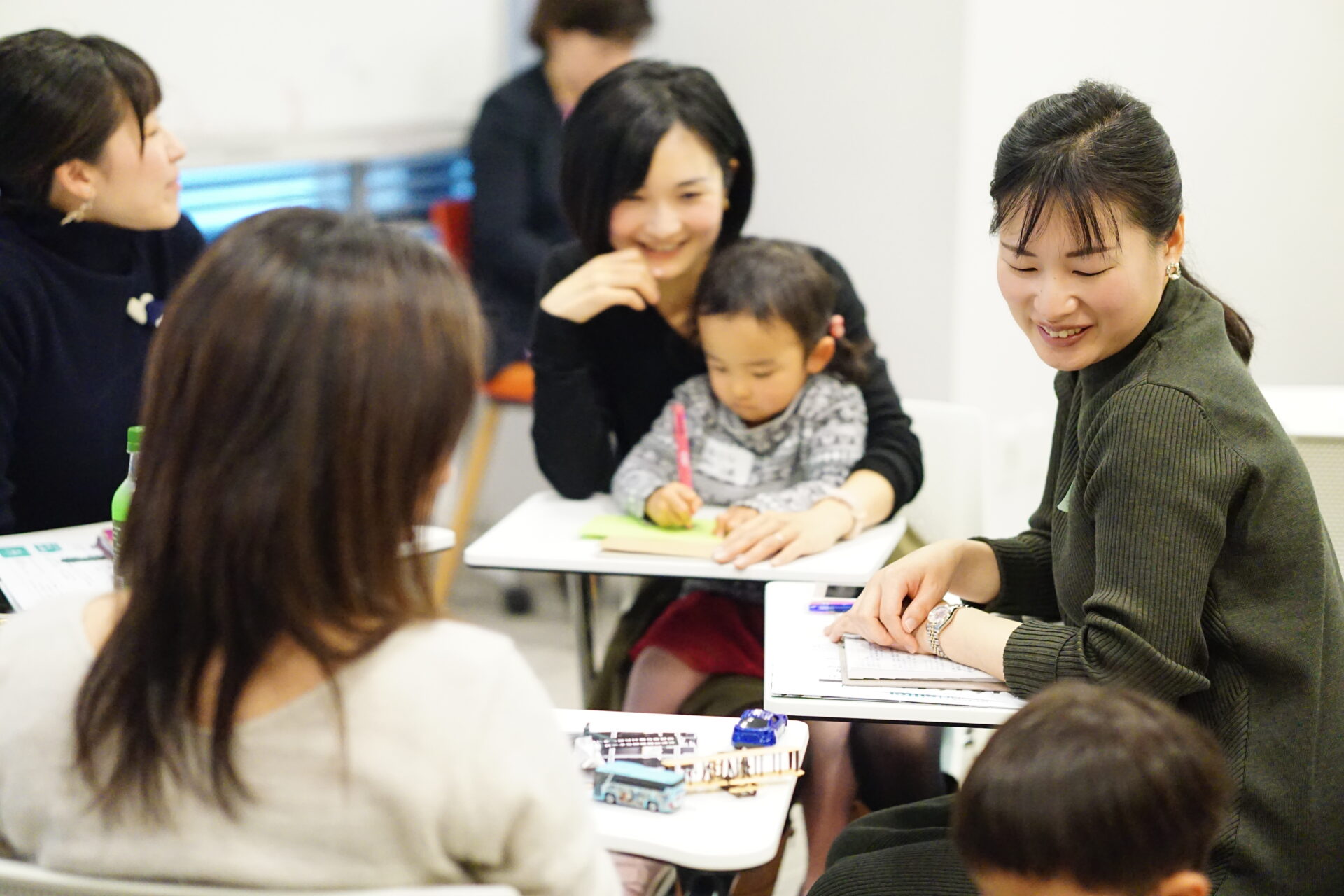 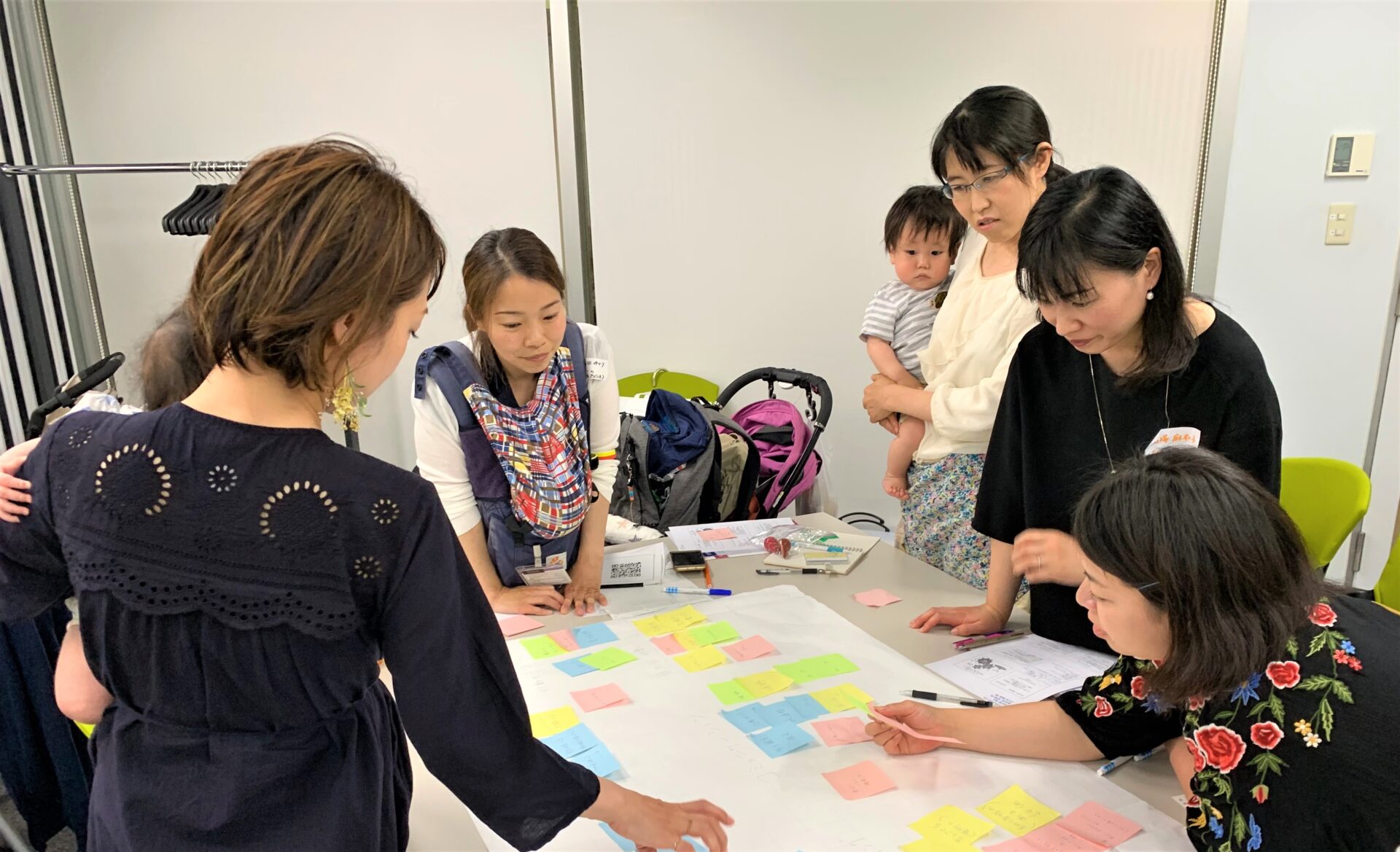 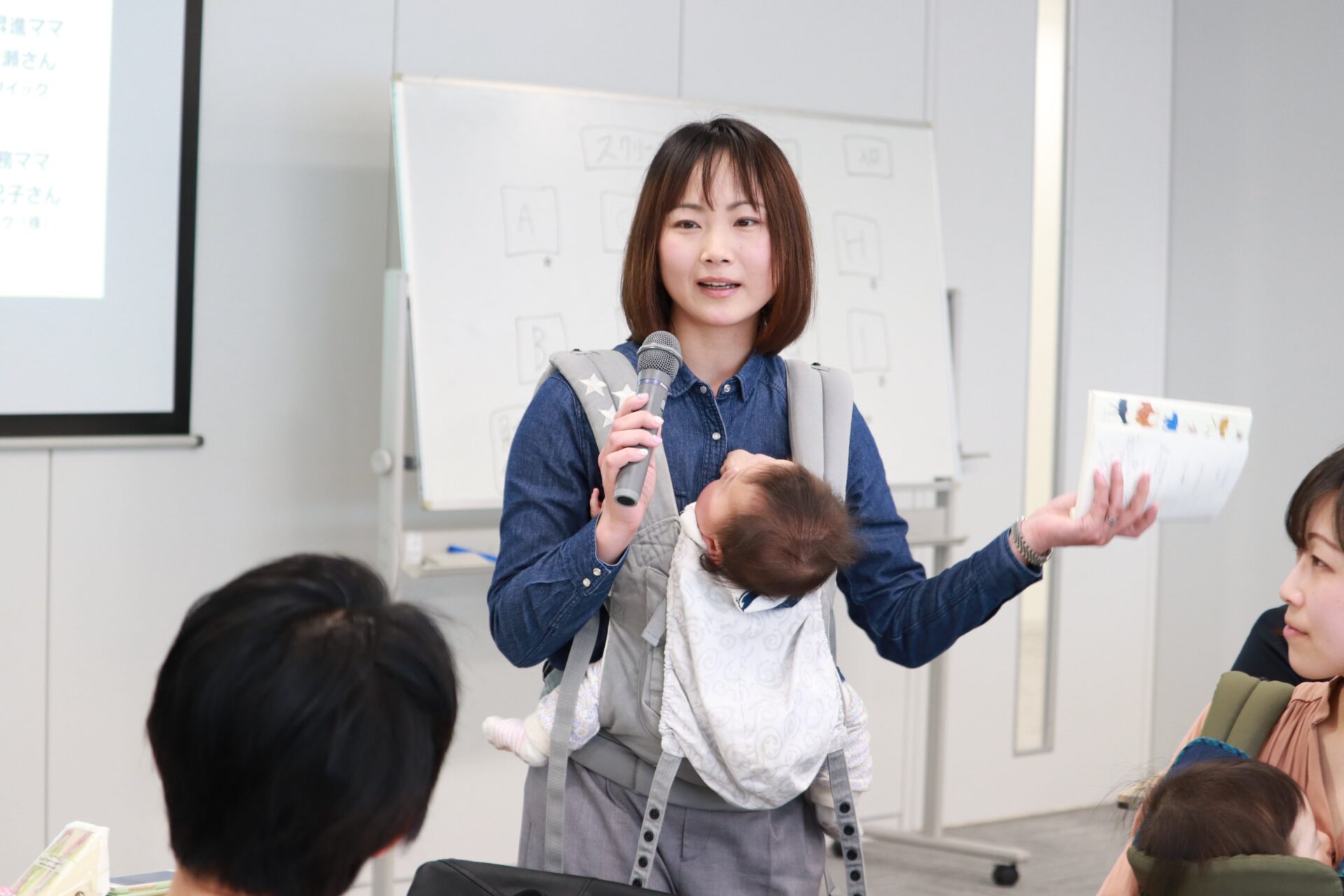 Being:  Peer mentoring and workshops

Online activities that can be joined from all over Japan

Since 2015, from the very start of our activities, we have been operating and running the organization using remote work.
Since last year, we have moved our activities completely online so that hidden gems (potential female leaders) from all over Japan can participate.

MBA with Kids started in 2015 by a few mothers on parental leave in the Kansai region who wanted to take on challenges that they could not do at their companies. From the small group at the beginning, the circle of members has gradually expanded by word-of-mouth, and has now grown to a community of about 3,000 participants and 500 active community members.

All the members who operate our programs and activities are mothers who participated in MBA with Kids and who feel a deep empathy with what we do. The internal management team is a small team of a few full-time members and a few dozen volunteer specialists. We work with external partners, including organizations and various professionals, to maximize the speed and dynamism of our operations.

In 2017, we incorporated as a legal entity "Puchi de Gachi" ("Minimum bears maximum" in Japanese).

By empowering more and more women with children to become leaders who can change the society, we will create a society in which having children is not a barrier to one’s career, but an opportunity for growth. 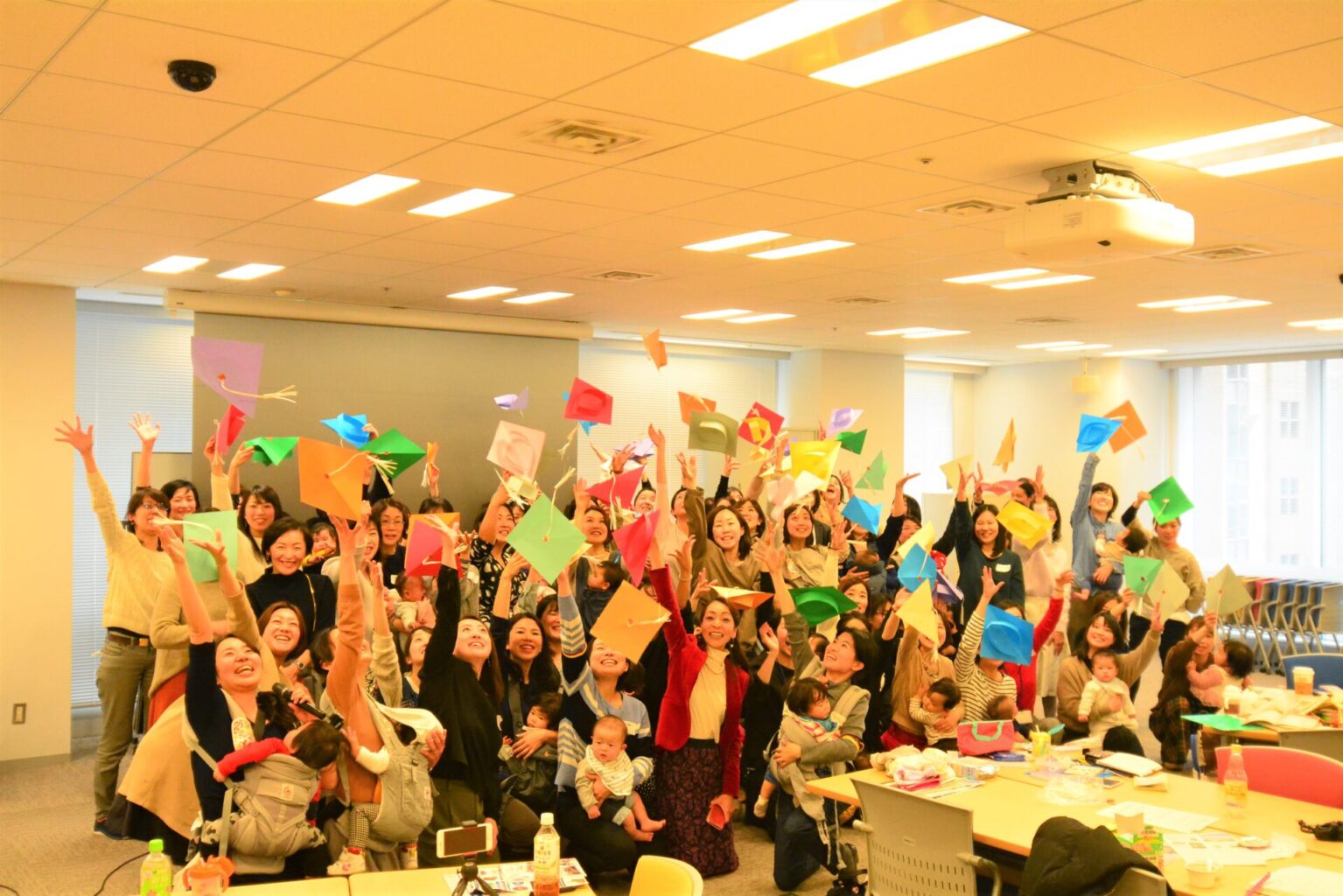 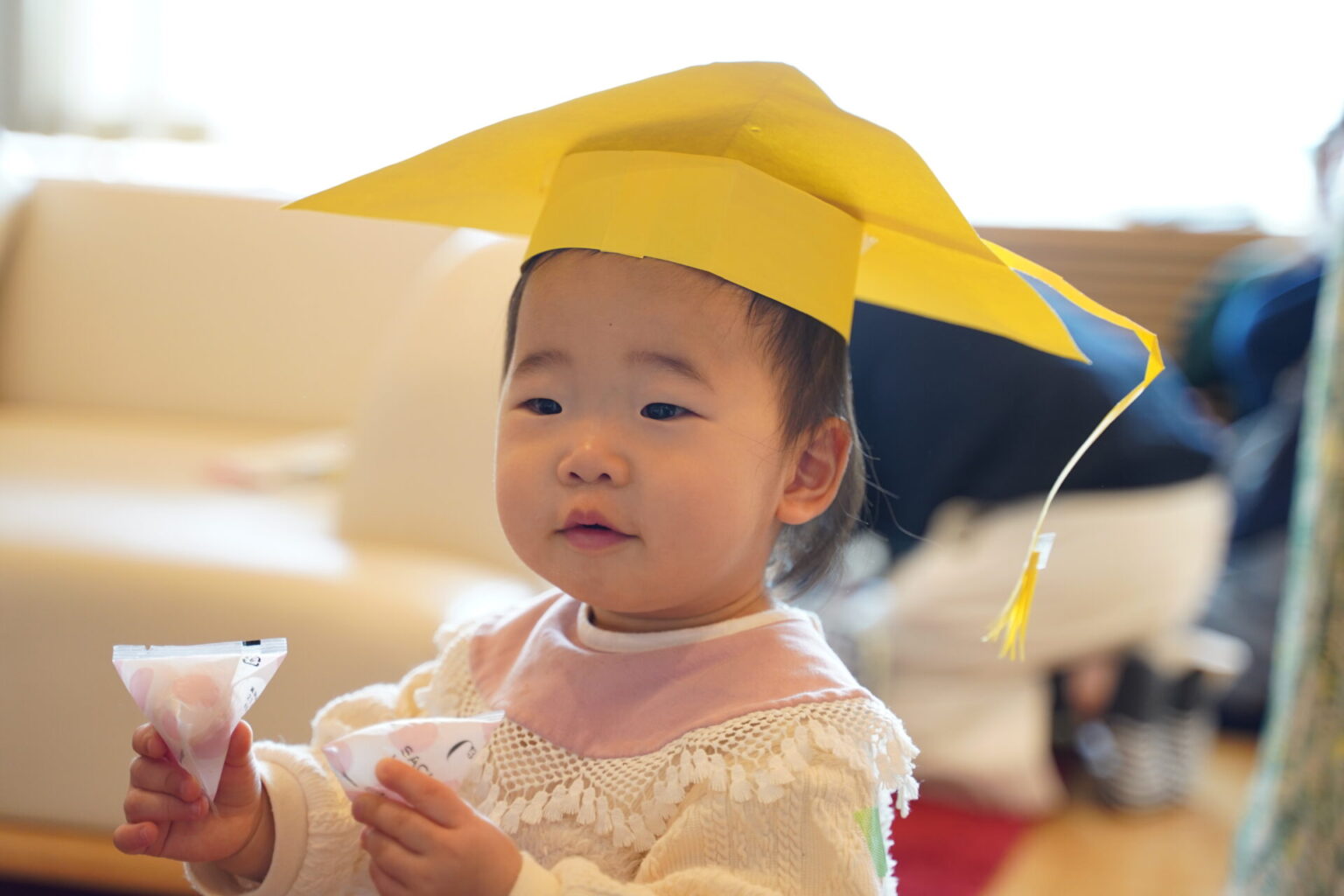 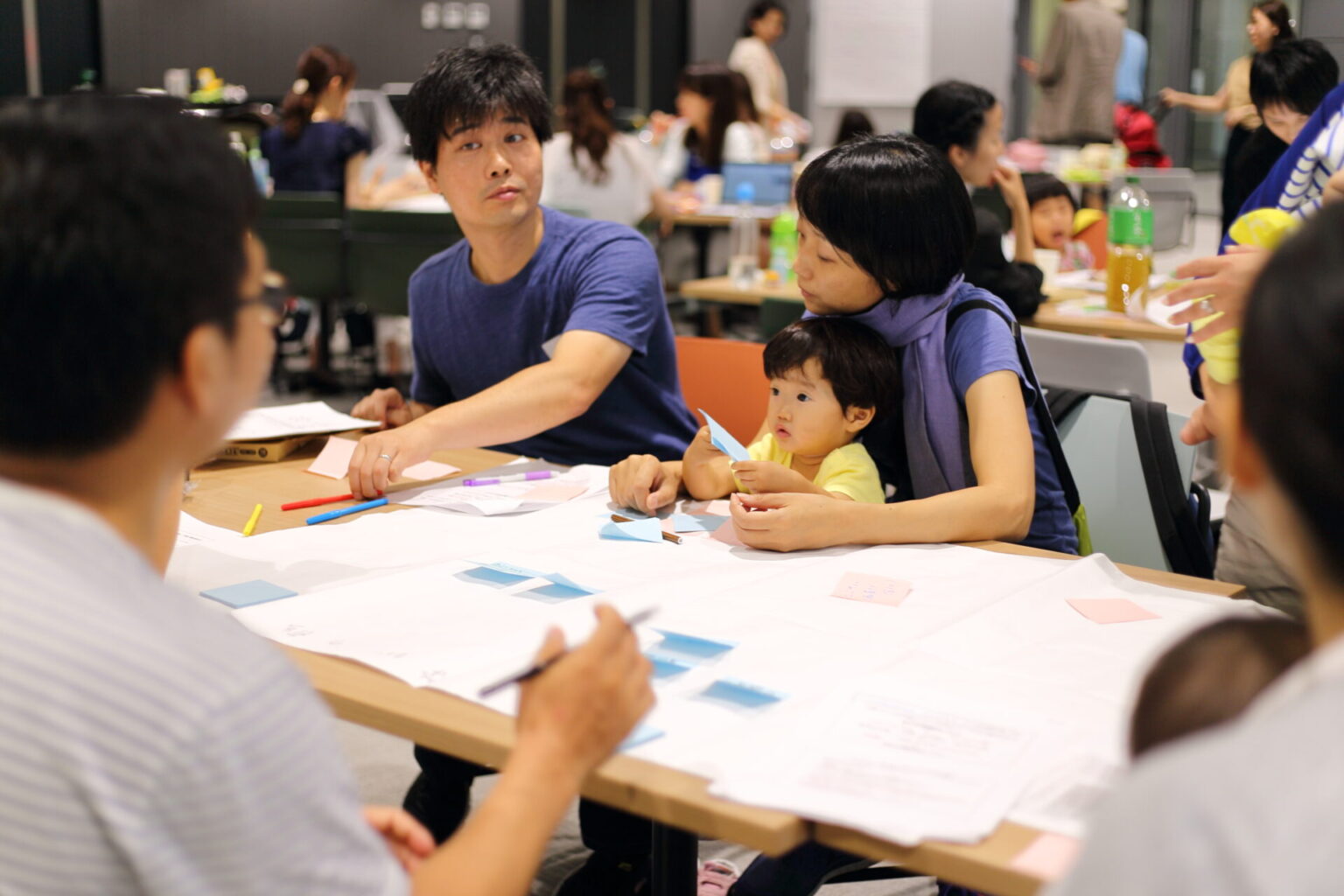